Yesterday, Sunday morning, was a treat. Jeff Chang (on Twitter, web, Facebook), author of Who We Be: The Colorization of America, replied to my tweet – my asking if Chang had a general reaction to a New York Times Op-Ed article. Before I jump in, four things –

This is my “connection” to Chang. The point is, I did not expect Chang to reply. And he did. Therefore, a fifth thing –

The twitter exchange is over here, so you can read Chang’s response directly. 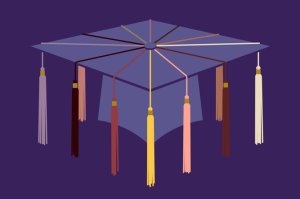 During my Sunday morning social media catch-up, I came across The Lie About College Diversity, by Frank Bruni. A friend tweeted this article with a reference to the recent Citadel cadets (Washington Post – Citadel cadets who wore KKK-like hoods are suspended). Her comment preceding her sharing Bruni’s article – “We need students to get out of their bubbles, esp. after Citadel event” Interested in her comment, I read the article she shared. Here are a few excerpts from Bruni’s article which begins with this opening –

The Supreme Court listened anew last week to arguments about affirmative action in higher education, and we heard yet again about the push by colleges to assemble diverse student bodies.

It’s also an incomplete and falsely reassuring one.

ONE of the most striking aspects of what we’ve seen and read about recently at an array of colleges, including Yale, Brown and Amherst, is some students’ insistence not just that their viewpoints be acknowledged and respected but that contrary ones be discredited, renounced, purged.

Is that where diversity was supposed to lead us?

I don’t think so, and I think we’re surrendering an enormous opportunity by not insisting that colleges be more aggressive in countering identity politics, tamping down partisan fury, pulling students further outside of themselves and establishing common ground.

During my first read of this article, it was at this point I went back to skim through what I  had already read and then read the referenced Shaiko article, Admissions Is Just Part Of the Diversity Puzzle. And Bruni shared the following from Shaiko –

“The benefits of diversity do not spontaneously arise merely from the presence of a varied student body.”

Shaiko professed amazement at so much toil “to create diverse incoming classes” but so little to “nudge students into interactions outside of their comfort zones.”

“Without such nudges, students will default to sameness,” he concluded. That’s the human way. We’re clannish. Tribal.

When I finished Bruni’s article, I re-read his article and the embedded links. And as if I was going to coffee/tea with Jeff Chang, I tweeted Chang and was glad to learn he had cranky pants.

What reactions, if any, do you have while or after reading Frank Bruni’s Op-Ed article? Did you have cranky pants?